Today I’m beginning a series that’s LONG overdue. It’s about tracing — how to turn an image such as clip art or a photo into a cut file. I’ve taught this as a class at the All Things Silhouette Conferences for years and am finally starting to do it here in written form. Throughout the series, I’ll cover types of images we trace and all the options in the Trace panel. We’ll start with very simple images and progress through harder ones and into photographs. Buckle up — it’s a long ride! This lesson is a general overview.

One of my favorite movies of all time is Apollo 13. SPOILER ALERT: The scene where they make it back safely and the control room erupts in cheers makes me cry EVERY.SINGLE.TIME. Even thinking about it makes me tear up (like, literally, right now). Why did they go to the moon in the first place if it’s so dangerous? Because every human wants to explore new things and to expand possibilities.

What in the world does that have to do with tracing? That’s what tracing can do for those of us who use Silhouette machines. It enables us to go beyond the basics and have virtually unlimited possibilities for designs.

What is tracing and why do I need it?

When you first started out using a Silhouette, there’s a good chance you tried to cut an image and only got a square. That’s because you may not have understood that Silhouette Studio can read 2 types of images:

If you try to cut these, you only get the outer edge square of the set of pixels. The one exception is a new Preference option in version 4 (possibly only in Beta versions right now) for setting PNG files to autotrace as they open. I’ll go over that more in a future lesson.

2. Vector images are made up of points connected by straight and curved line segments. (For a more complete understanding of these points, see my point editing series beginning here). They are created in programs like Adobe Illustrator, Corel Draw, Inkscape. The software interprets these points and lines as cut information — “Start here and cut a straight line to this point. Turn in a new direction and cut a curved line segment of such and such depth to this point, etc.” These can be printed, but only if you alter them a bit. Vector image file types are–

Tracing helps you turn a raster image into a vector image. The machine can cut the resulting lines. 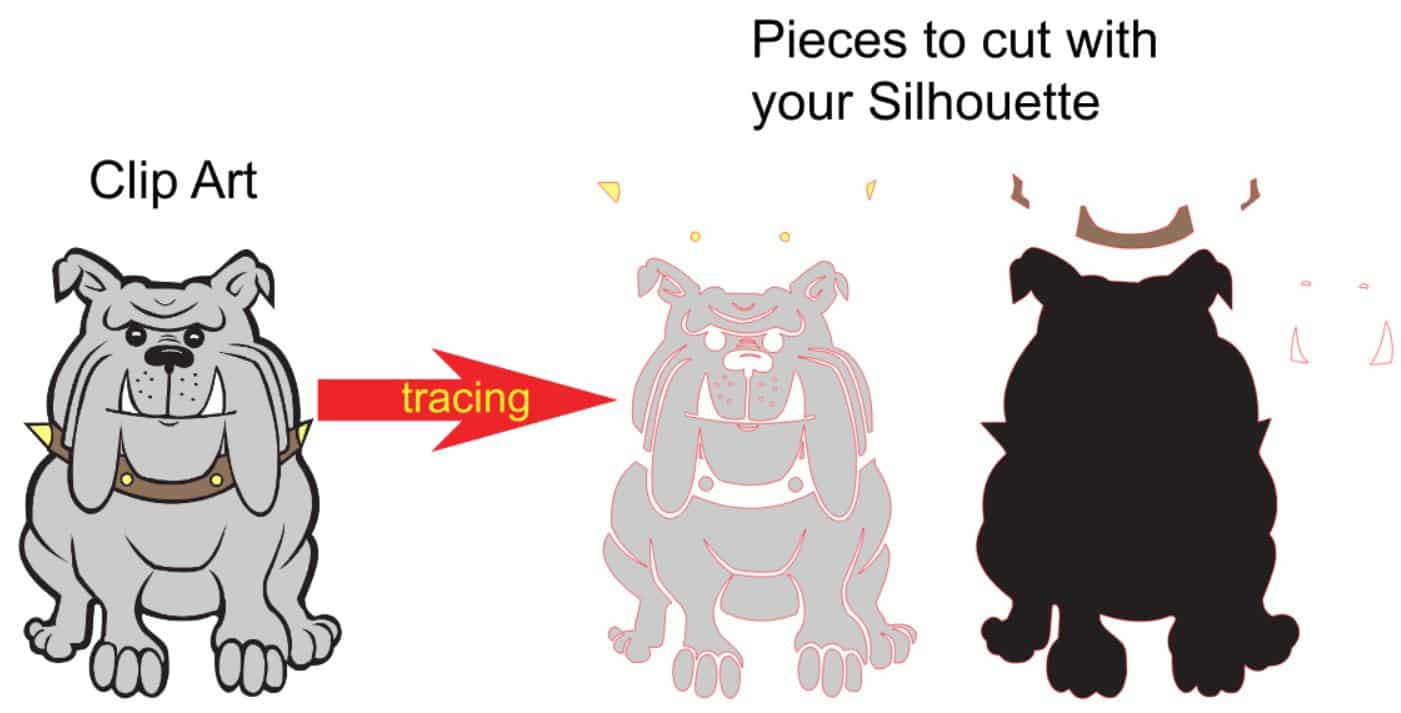 What about Other file types?

There are a few other file types to understand with respect to using them in Silhouette Studio:

How can I figure out the file type?

You may not know what file type an image is. Here’s how to tell–

How Do I Obtain Images for tracing?

There are many places to get images for tracing. You can scan your own drawings. Images from the internet or photos can be used. You can create images in programs like Paint or Photoshop. Anything that has been saved as one of the file types listed above can be used.

This brings up the question, “Is that really legal?” This is a complex question with many answers. But I can give you some general direction–

The bottom line is to be smart and be considerate.

I find that when my students begin to trace, there are some very common questions–

By the end of this series, I will have answered all of those.

In Lesson 2 of this series, I’ll discuss the different graphic styles and how to pick the right images to trace.