In this series, I’m covering topics that stump new users (and even old pros like me). They’re the things that drive you BATTY unless you understand them. The good news is that in almost every case, there’s a quick fix. Today, I’m explaining why you set the size of a text box, but then when you cut the word it’s not that size. Don’t worry — you aren’t going crazy. This confuses EVERYONE in the beginning.

Let’s look at an example to see what I’m talking about. Here, I typed a capital letter M and resized the text box to 1” x 1”. 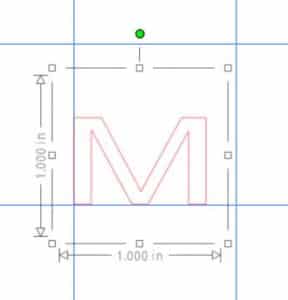 But if I cut this out, that “M” will be smaller than that 1 square inch. I’ve set my grid lines to 1″ so you can see that.

What in the world is happening????

Why this happens on a text box

In order to understand what’s going on, you need to understand a bit about how a font is created. Fonts are made so that they take into account things like letters that are taller (like capital vs. lowercase), letters that dip below the line, superscript, spacing between lines, etc. So, a text box itself will have blank space around the letters to leave room for these.

What that means is that if you make your box 1” tall, your letters are shorter than that to leave room for writing something like X2. If you type “a,” there’s room in the box for “A” or “h.” You don’t see that when you use a word processor because you aren’t looking at the box surrounding the letters as part of the text size.

Here’s an example of the worksheet page for the Font Creator feature. 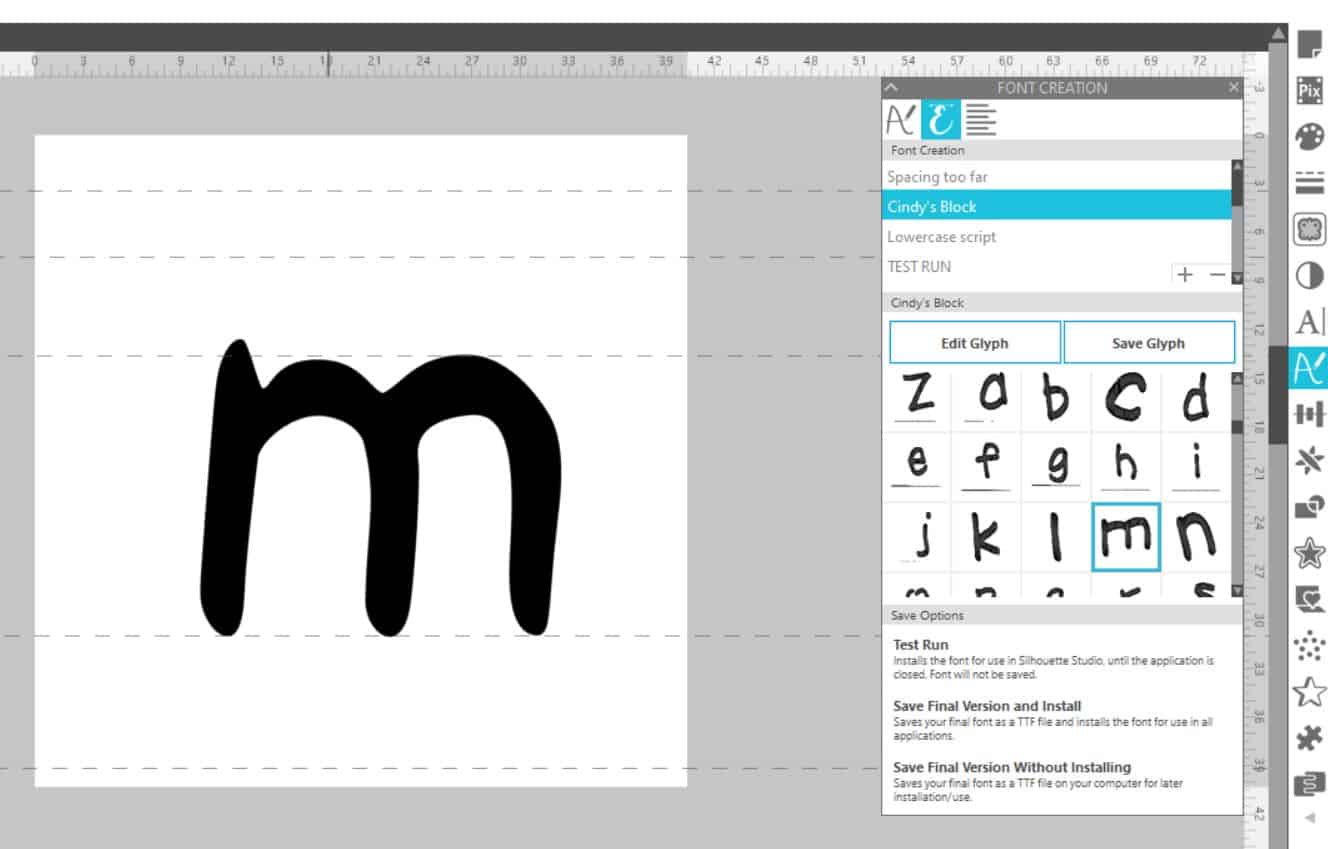 (In case you’re wondering, Font Creator is a feature of Business Edition).

The white area represents the space allotted for any given character — each character starts with a space of the same size. Think of that like the 1″ square. The dotted lines are guides for taller letters, ones with a tail, etc. I’m working on a lowercase “m” here. Notice that there’s a good amount of white space above it. So, if I typed this letter in a 1″ high text box, it would be significantly shorter than 1″.

With all the cool new fonts that includes extras like swirls or are made up of designs instead of just letters and numbers (dingbat fonts), this is becoming more of an issue. The wider the variety of the sizes of characters, the more the white space around smaller characters will be.

It affects height more than width

When we first began using computers to create fonts, the fonts were all monospaced (also called fixed-pitch). That means that each character starts with and STAYS with the same amount of white space. But think about a letter “i” compared to an “m.” The latter is going to be much wider. Text typed in a monospaced font can look funny because of that extra space around skinny letters, so font designers often used wide serifs to account for that.

Most fonts today are proportional. That means that the software you’re using automatically adjusts the space between the characters based on which ones you’re using. Instead of leaving a large amount of space on something like an “i,” the software moves the letters to space them equally. Each character only has as much width as it needs. This looks more natural.

Why am I telling you this? Because the result of this is that the width of a text box is usually much closer to its actual size than the height of it is.

Don’t trust the info from Silhouette America on this. I find the Silhouette User’s Manual and Handbook misleading on this issue (not intentionally — just imprecise). They both state,

Text size will always default to 72 point size… Though (sic) fonts vary as they are programmed by a wide variety of sources, this will generally equate to roughly a one (1) inch height (or 25 mm).

The default font, which is Arial Unicode MS on a Windows computer, does not even have a text box height of 1.” Letters you type without changing anything will have a text box height of 1.117”. The capital letters themselves within that default text size are nowhere near that tall, and the lowercase letters that don’t reach up or dip below the line are even shorter. Plus, the height of the text box with a 72 pt font size selected is different for each font. Therefore, don’t rely on 72 pt = 1″ text size height as a precise standard default.

Because the words are usually closer to the left and right sides of the text box as explained above, the horizontal alignment usually appears closer. However, the software is still looking at the edge of the box itself. So, if you choose to, say, align left edges on a text box and a shape, they words won’t necessarily be lined up with the shape. It just depends on what font it is. These 2 are aligned left, but you can see that they don’t match up due to the font being used. 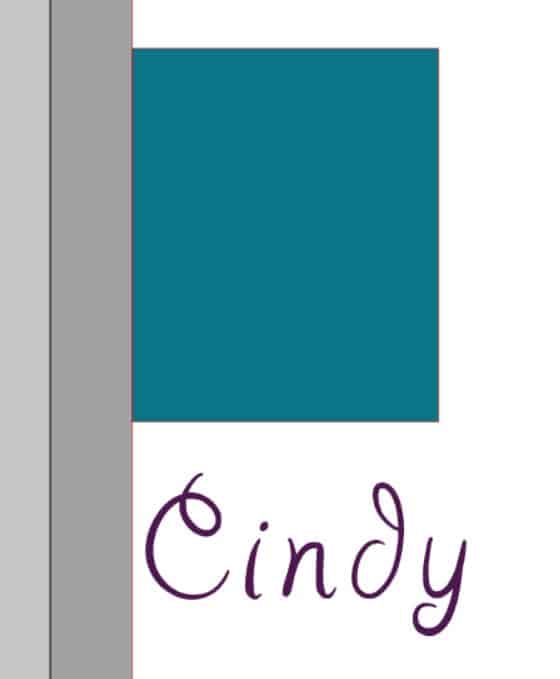 So, how do you figure out the real text size of your letters before you cut them? Is there a way to make them the size you really need? How can you make sure the letters are aligning properly with another shape? Check out my series beginning here for all kinds of information on working with text.