So far in our series on tracing, we’ve covered how to do pretty basic traces. I highly recommend you walk through all those lessons first, starting here. From here on out, we begin the harder stuff so you need to have the basics down already. Today, we’re going to look at tracing simple photos.

Photos are some of the hardest things to trace. There’s a great deal of variation in the colors and there’s a vast amount of detail. Subjects like people or animals are harder to trace than things like buildings or cars. A good rule of thumb it that the softer something is, the harder it is to trace because it doesn’t have hard edges for the software to pick up on. All the traces we do from here on out will likely need some sort of editing to create a usable cut file.

As I’ve done throughout the series, I’ve linked the images I want you to trace so that you can download them from the Pixabay website and practice along with me. If they aren’t linked, it’s because they are here as examples only and aren’t ones we’re ready for yet.

Before you even begin to trace your photo, you can make it easier on yourself.

The key to getting a good trace of a photo is largely dependent on the quality of the photo. You don’t always have the option, but when you do, look for photos with —

We’ll get to photos that don’t meet that criteria later in the series, but for now we’re going to stick to some that do.

Here’s an example. These cars are very similar, but the first one is much easier to trace. The second one has the house behind it and has similar color tones with it, so it would be harder to get just what I want. The first one has stuff behind it, but it’s much more distinct. 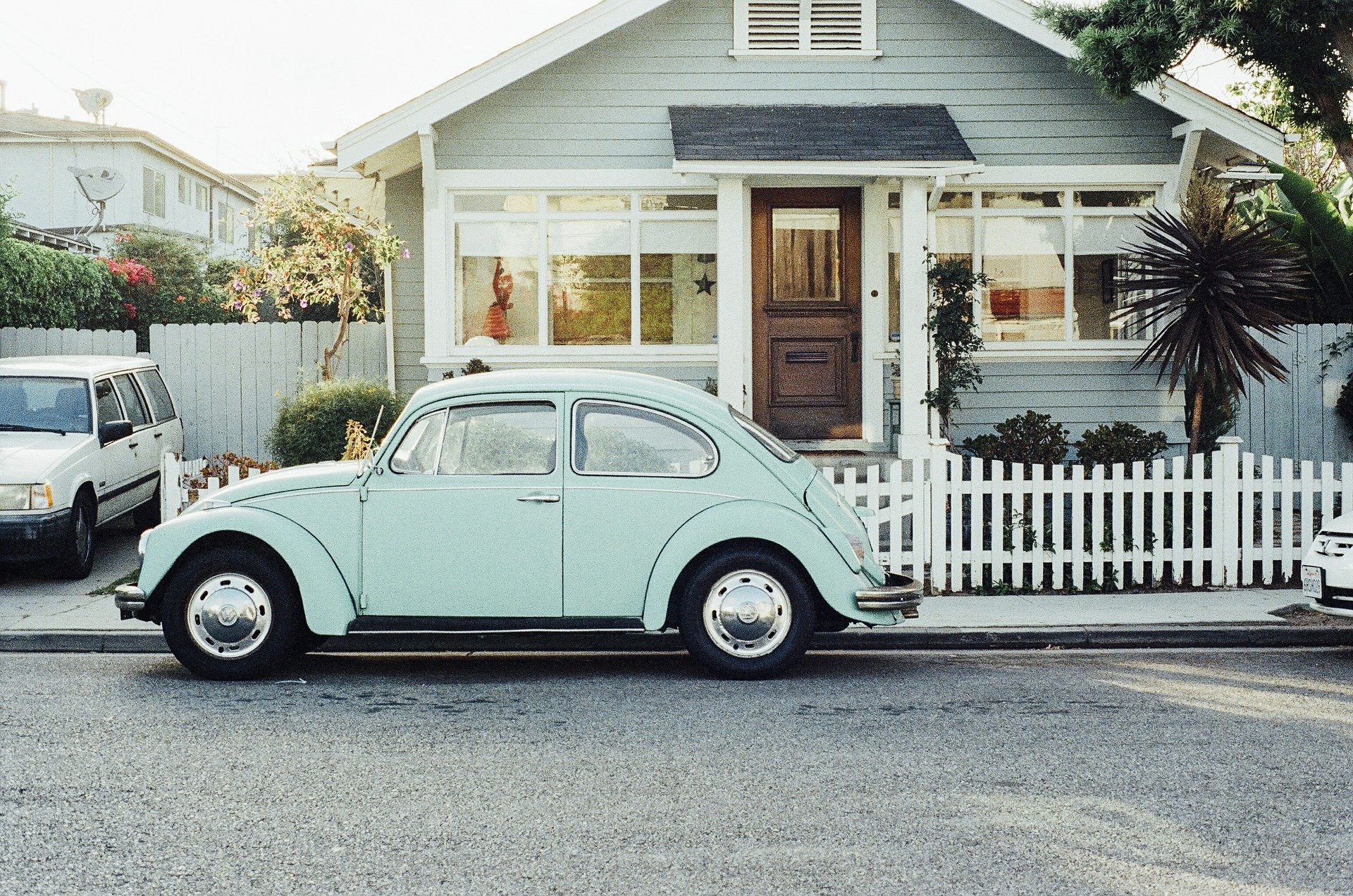 Look at this photo of a boy– 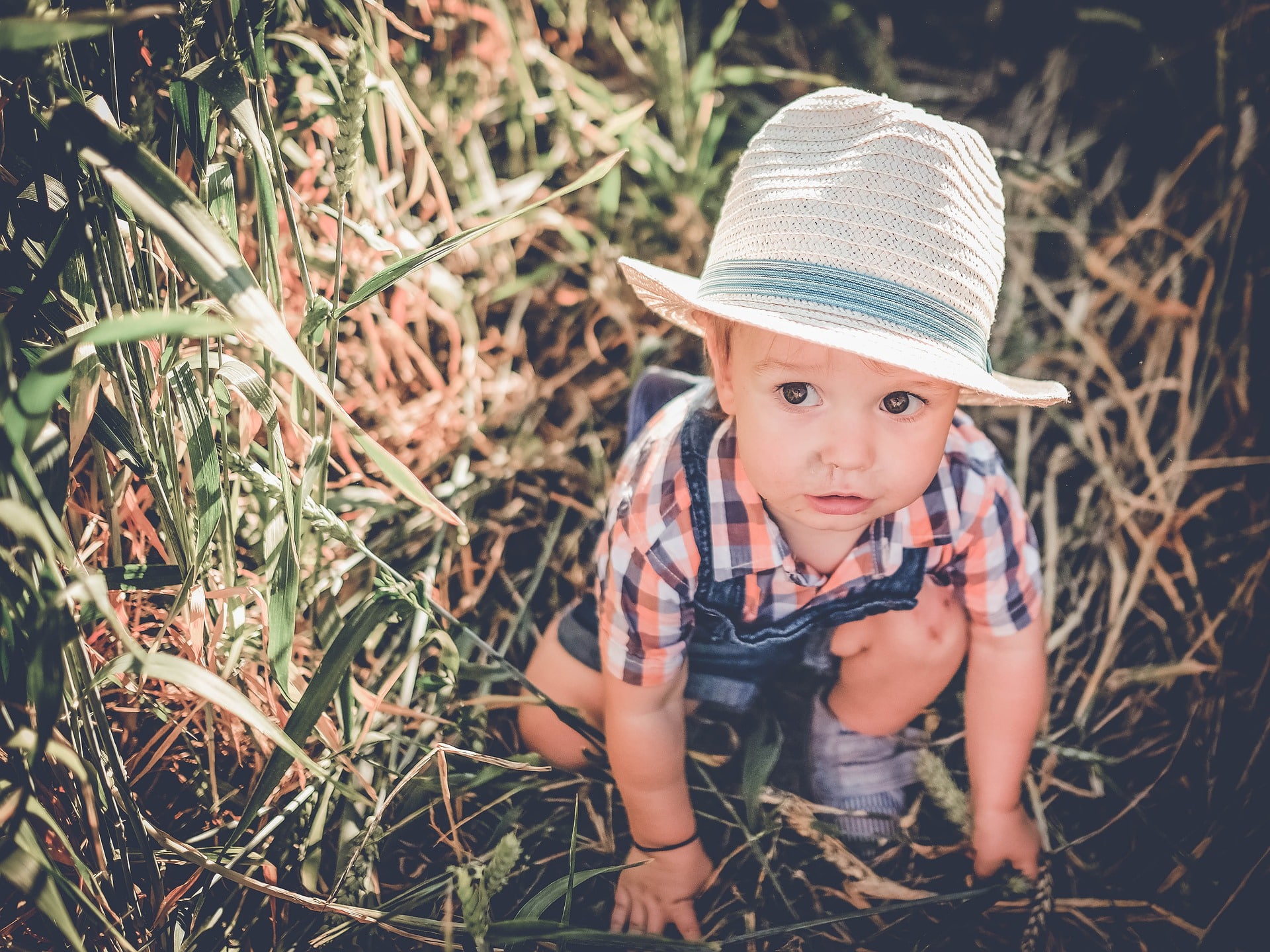 One thing I could do right away is get rid of some of that extra background. The grass has a great deal of texture and I don’t need the software to be taking the time to get that if all I want is the boy. There’s a REALLY quick way to do that. It is NOT using the eraser or knife. Those take a very long time to process, so avoid them whenever possible.

When you open a photo in Silhouette Studio, what you’re doing is putting a rectangle on the page that’s filled with a pattern. If you send it to cut, the machine would cut a rectangle, just as if it would do on a piece of clip art. That’s because the rectangle itself is a vector image, meaning it has points and line segments. By moving in the points at the corners of the photo, we get rid of a big chunk of the background. 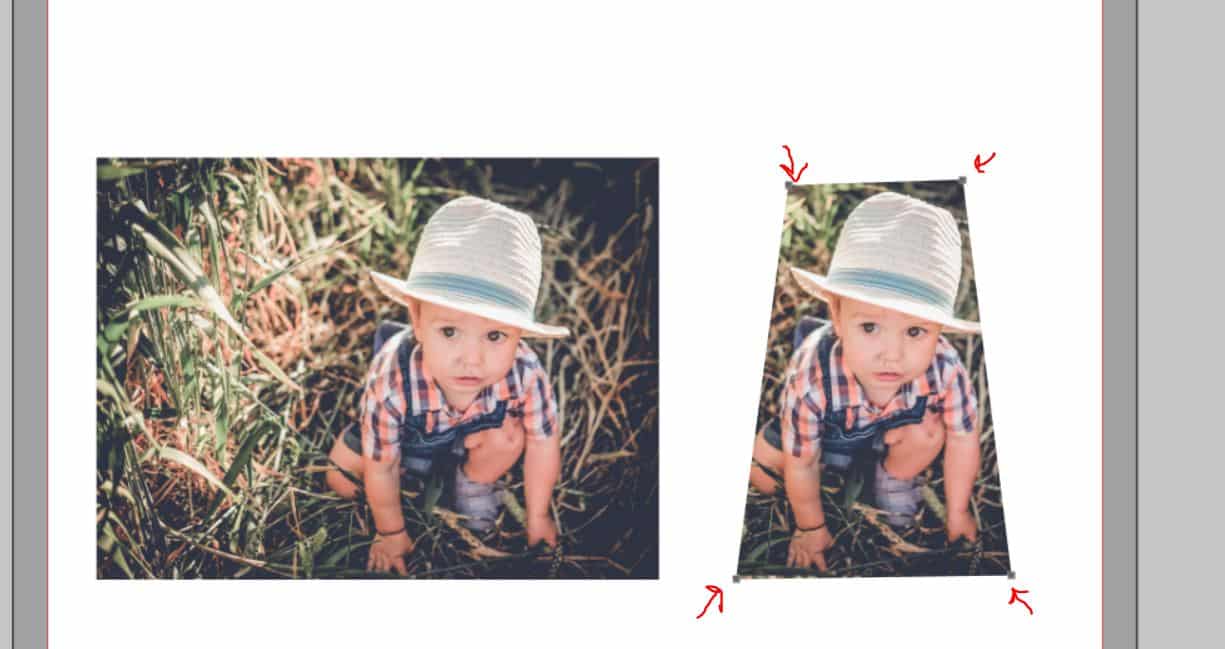 Yes, I could have just drawn my trace box only around the boy, but this way I eliminated more because I wasn’t confined to a rectangle. You can even add points along the sides to pull it in tighter. You can see how that would help me on this photo– 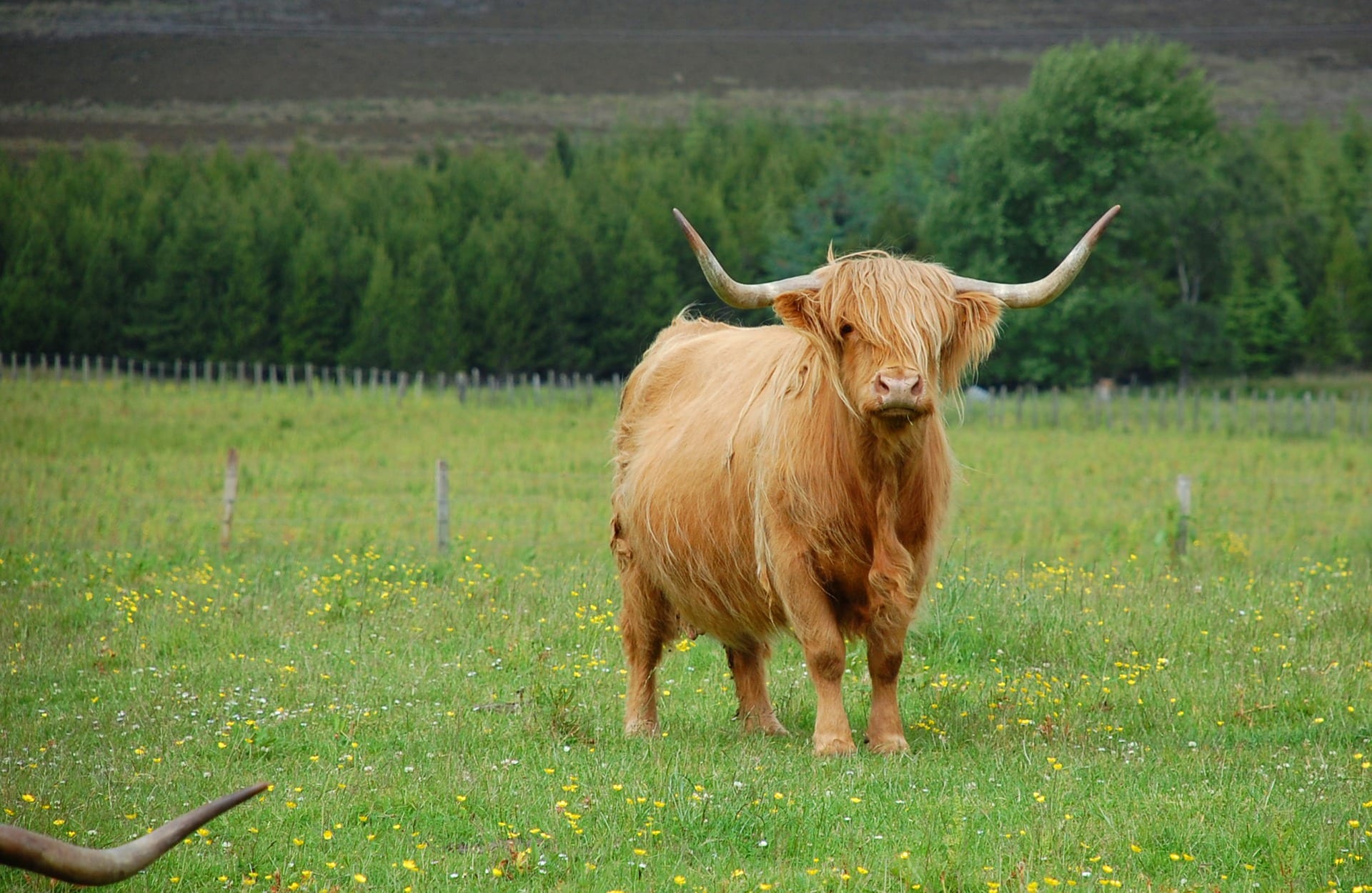 I’ll show you later in the series how to eliminate even more of it.

Here’s a photo that doesn’t have high contrast between the wolf and the background. (This isn’t what I’d call an easy trace.) 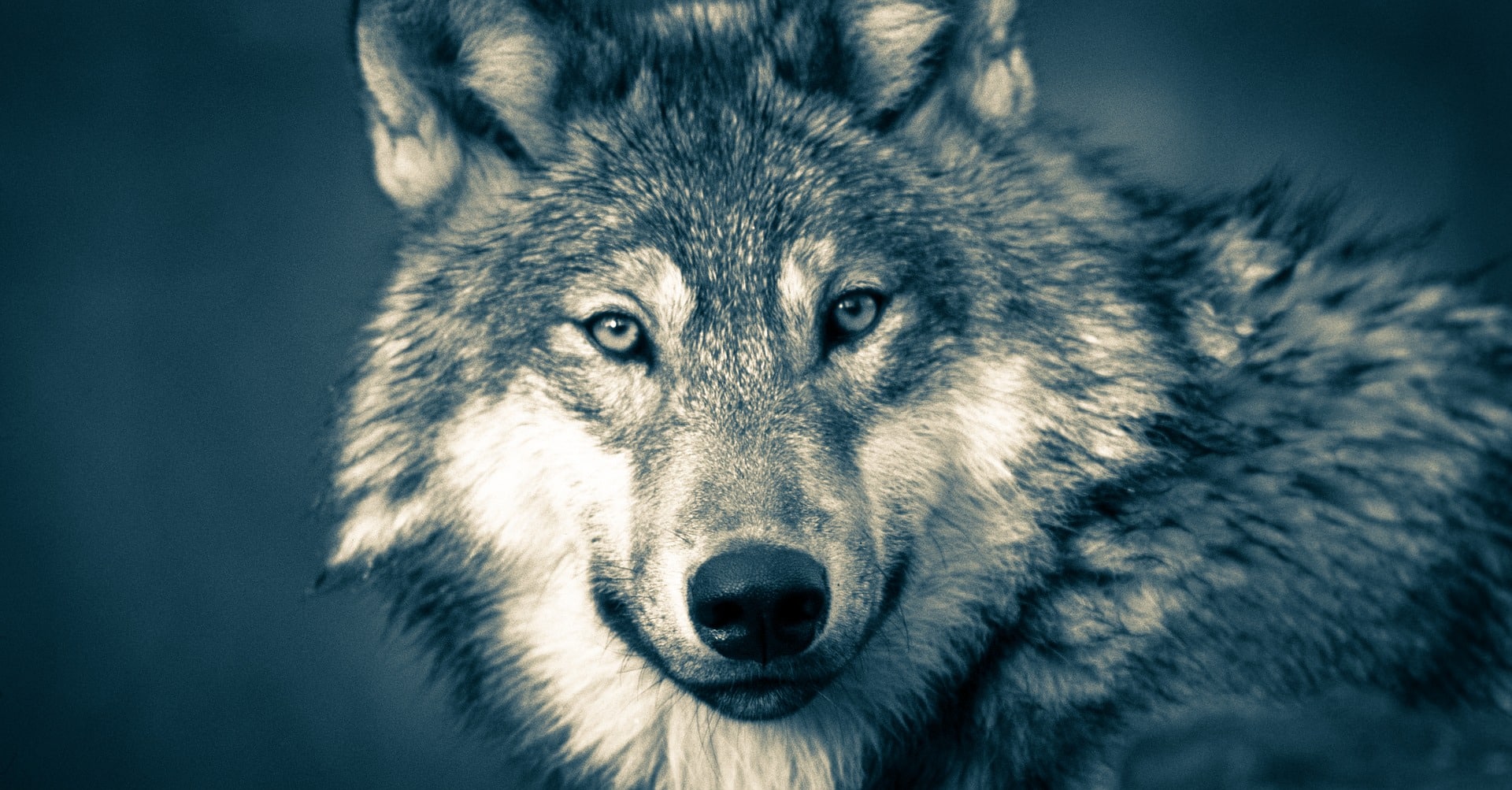 Silhouette Studio actually has a feature that helps with that. It’s called Image Effects. Using that, I can play around with the image’s contrast, brightness and more before I trace. Which one helps will depend on your photo, but one thing you can always do is change it to grayscale. In the first tab of the panel, slide all the way to the right. 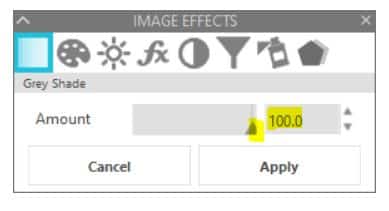 Here, I’ve played with several of the Image Effects before tracing. 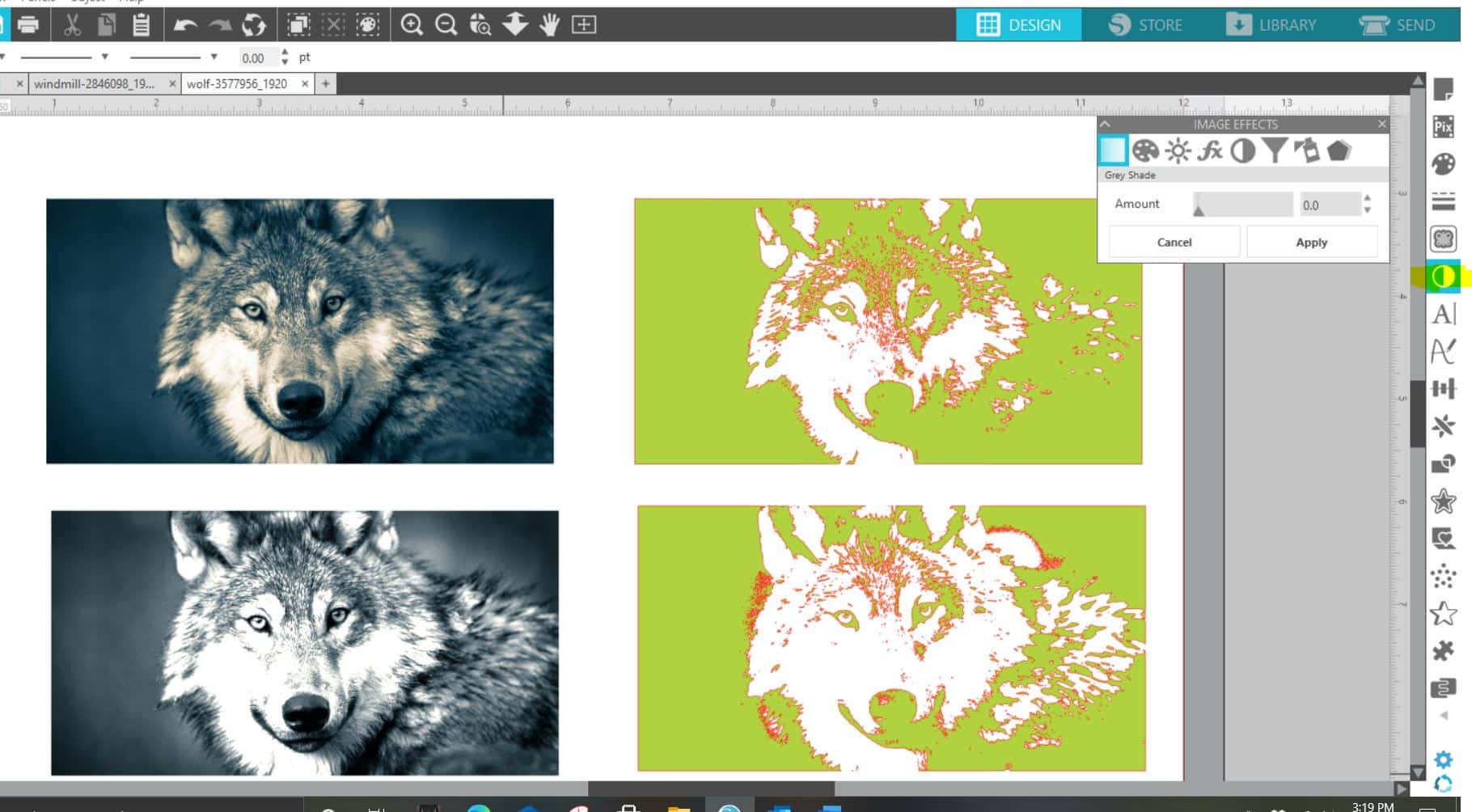 I didn’t change any of the trace filters, but you can see a difference in the trace around the right eye. If I were really going to use this, I would do quite a bit more adjusting before tracing using this as a cut file. But it’s just an overview. I just want to make you aware that you can adjust photos so they are easier to trace.

Now, some of these things you can also do outside of Silhouette Studio in photo editing programs or on websites. Those work great, too. There’s no reason to reinvent the wheel if you don’t have to. There are even plenty of places to turn them directly into an SVG file or a pure black and white image. Use anything that helps.

Here’s a photo of a windmill that’s pretty easy to trace. It’s a hard object, is high resolution and is silhouetted against the sky.

Now compare this one. It’s very similar, but the clouds are have more texture. We could still trace this one, but it would be harder. 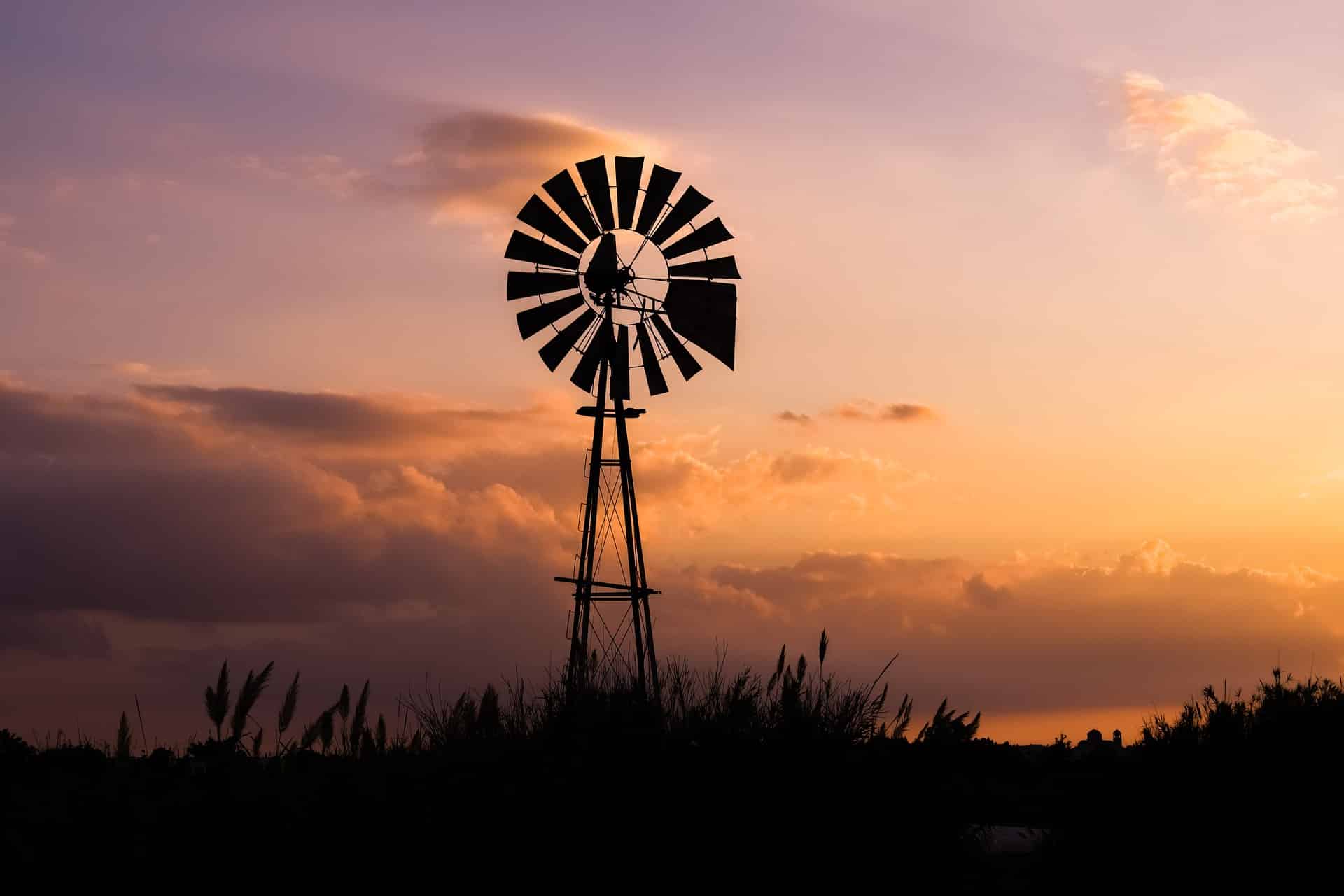 Here’s a third windmill, and this one would be much harder. Again, it’s due to the clouds. Plus, the amount of detail would make it difficult. 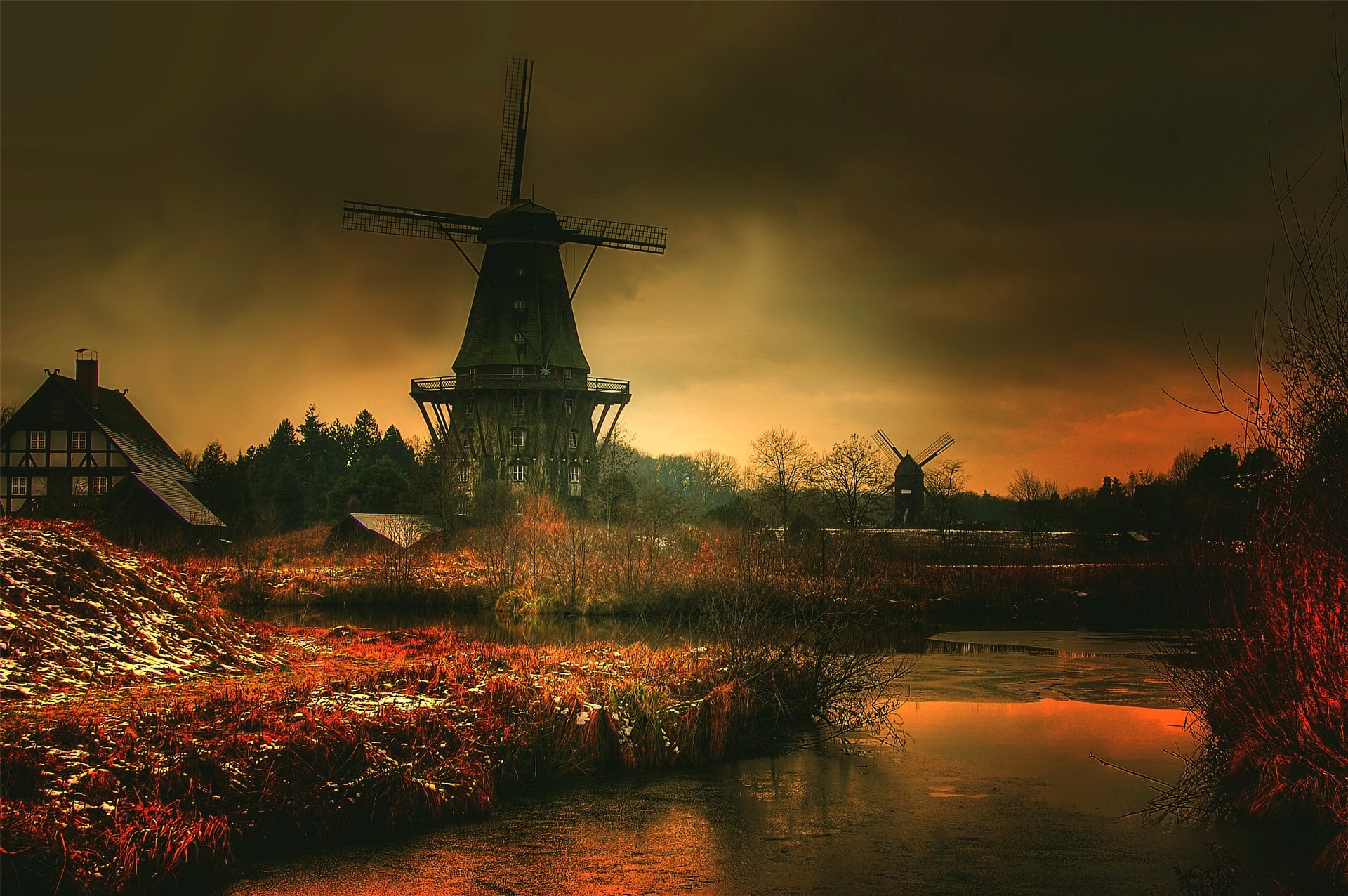 Let’s return to that first one and trace it. If I draw my trace box, my initial yellow area looks like this– 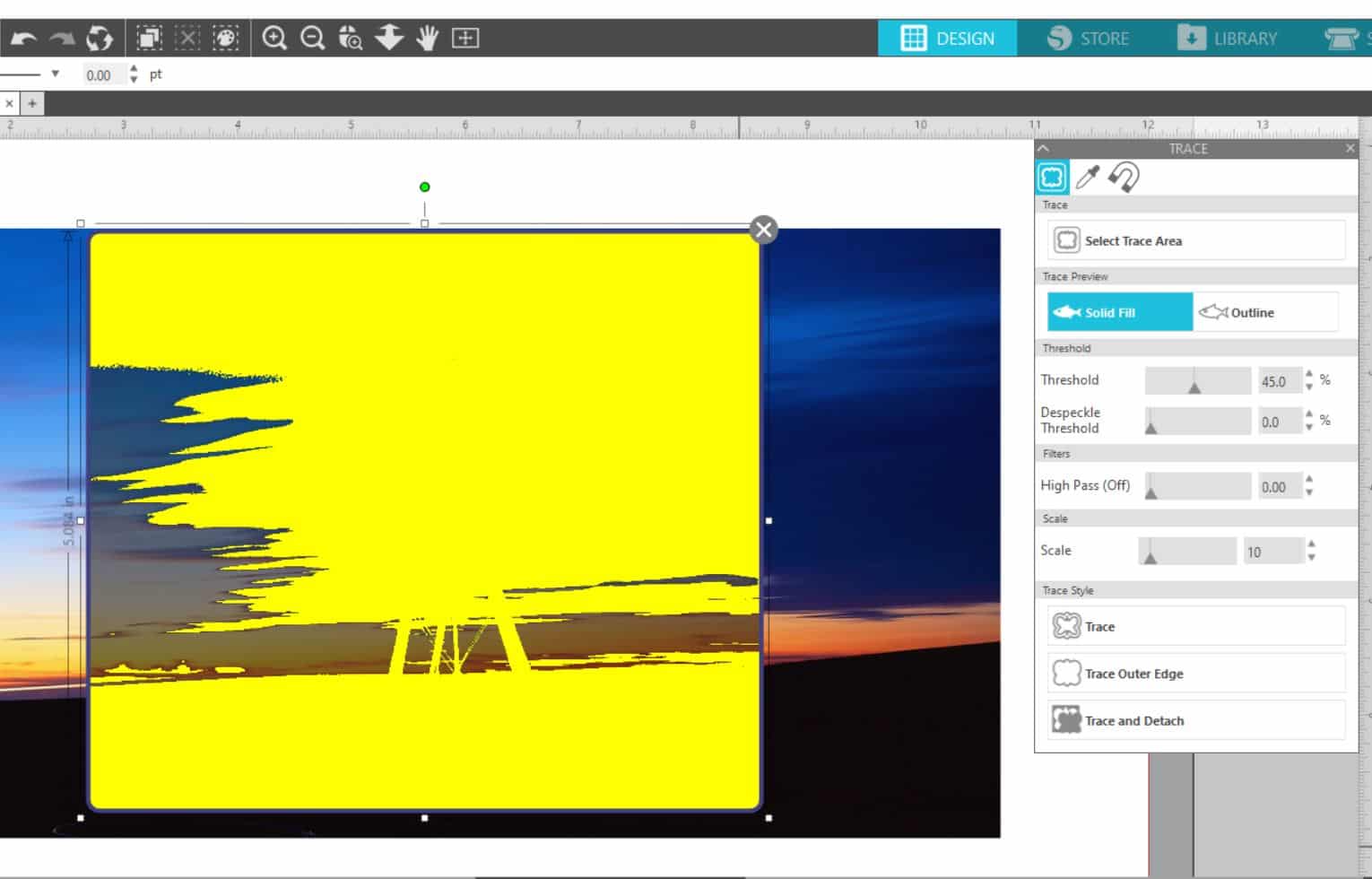 Ugh! That’s a mess. But all I need to do is take my threshold filter down to a lower number. Remember, that’s telling the software to pick up only darker and darker colors as it goes down. I went all the way down to 9 this time. 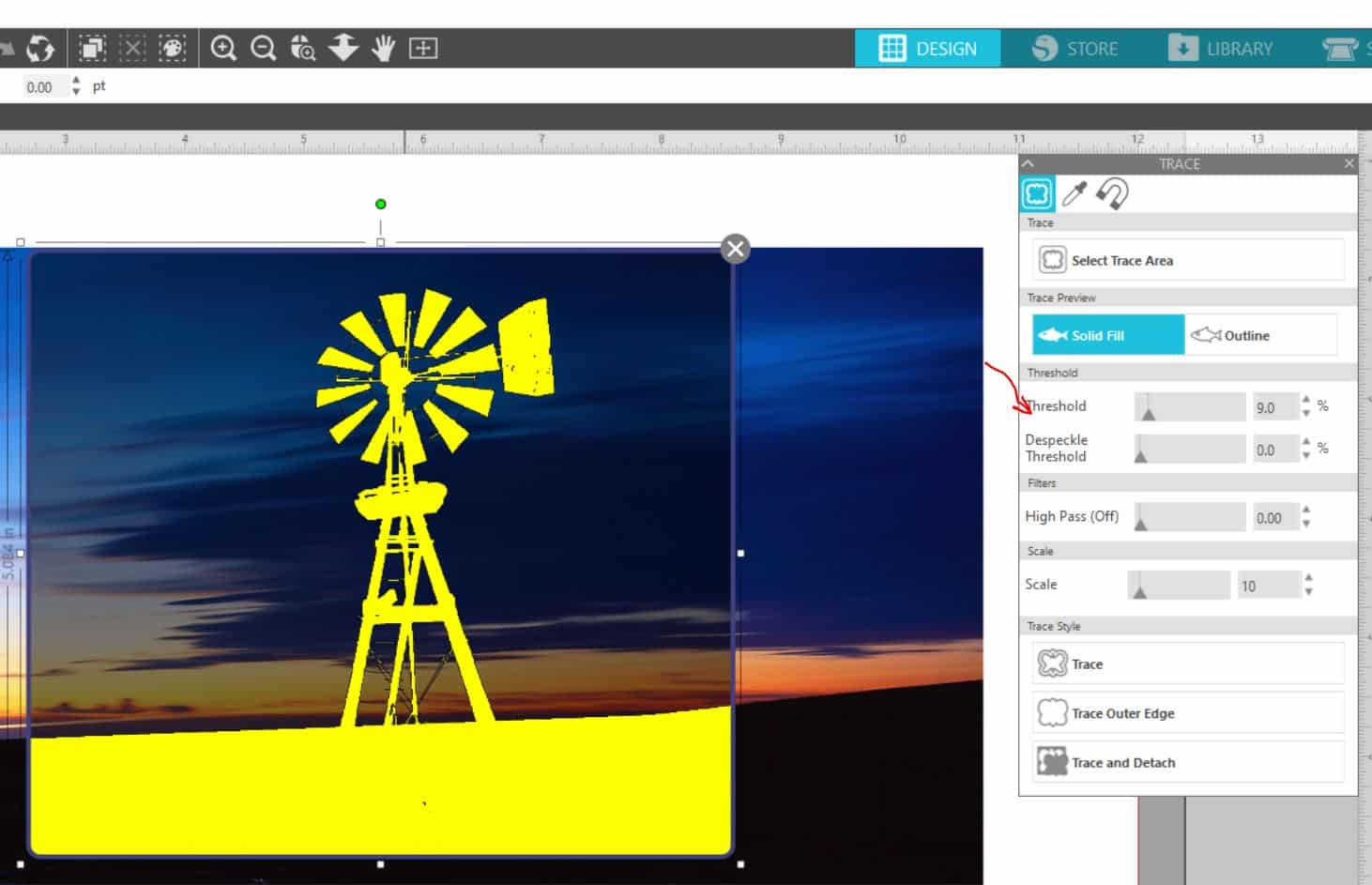 Now I’m beginning to see the windmill shape I need. Some of the bracing pieces at the bottom dropped out, but I can live with that. Here’s my traced shape. 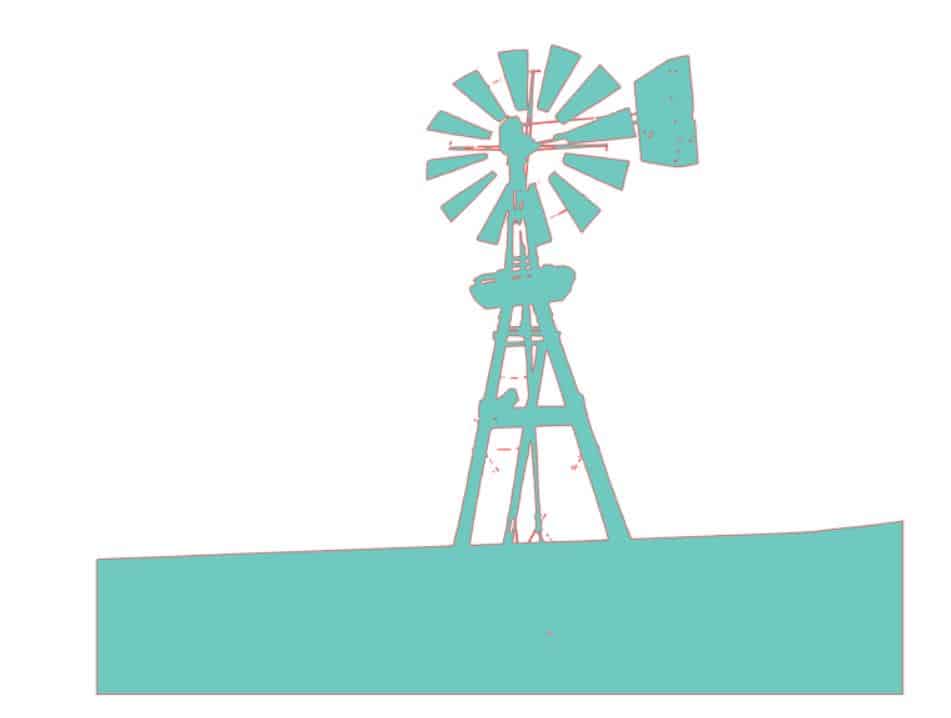 And here it is after I removed some unnecessary pieces. 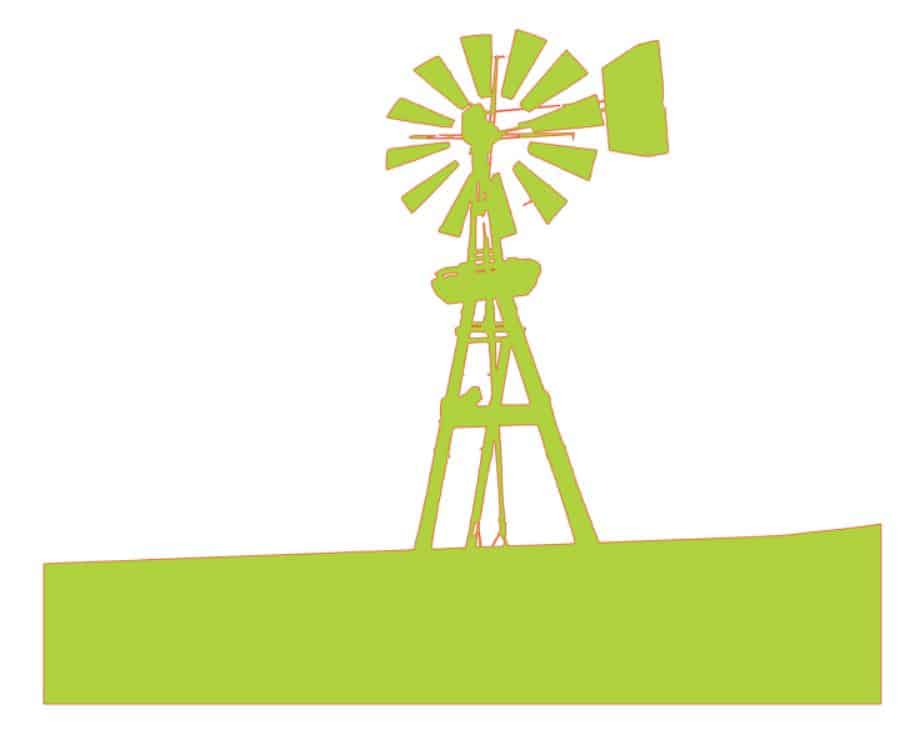 I would keep cleaning it up, but it’s a good start.

Play around with the photos of the windmills to practice. Then, try these other simple photos. Because they are silhouetted objects, there won’t be so many light values that you get too many pieces. The main key is going to be adjusting the threshold well. And don’t forget that you can release the compound path to eliminate pieces you don’t need, then remake it with the pieces you do want. 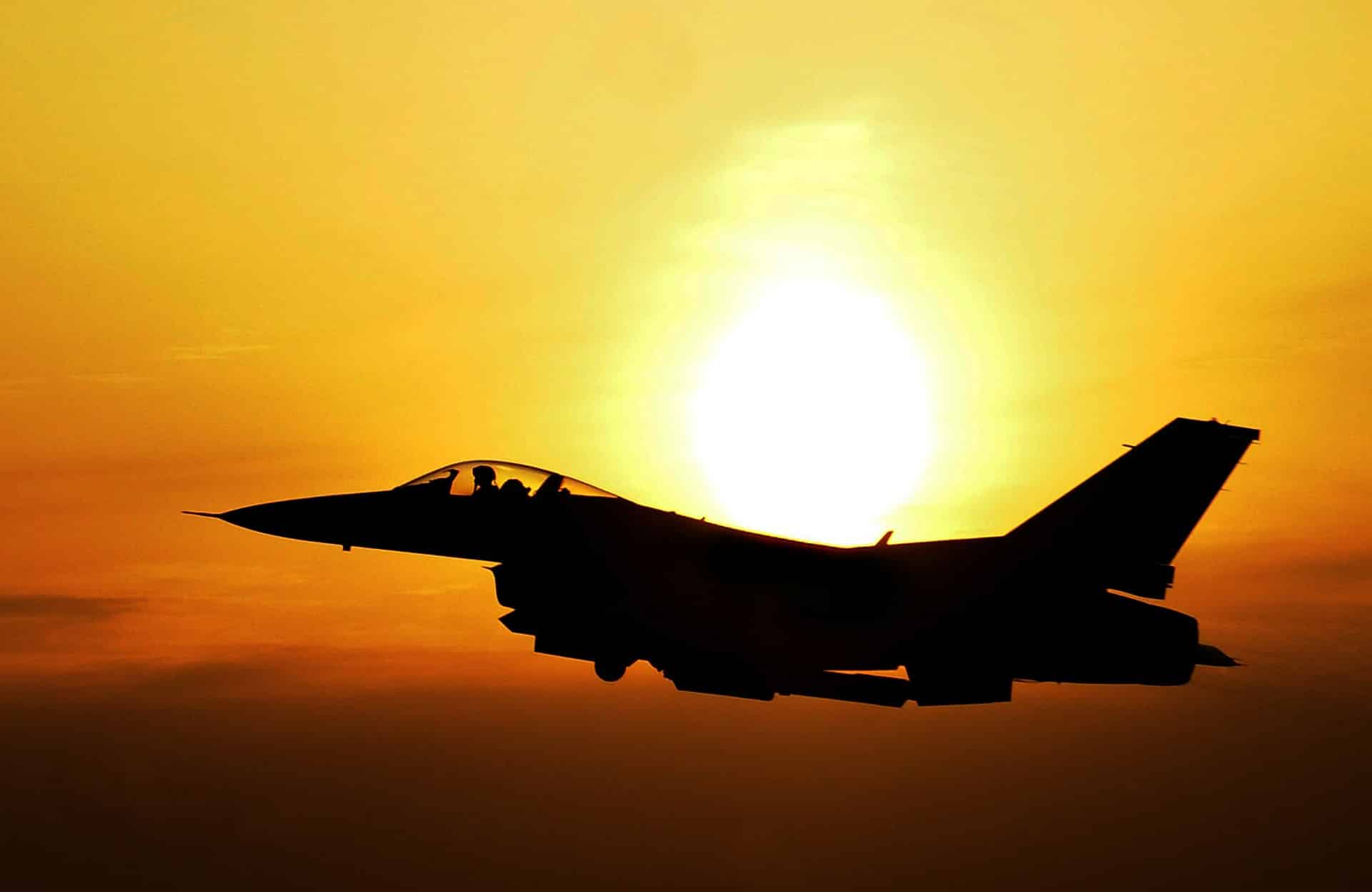 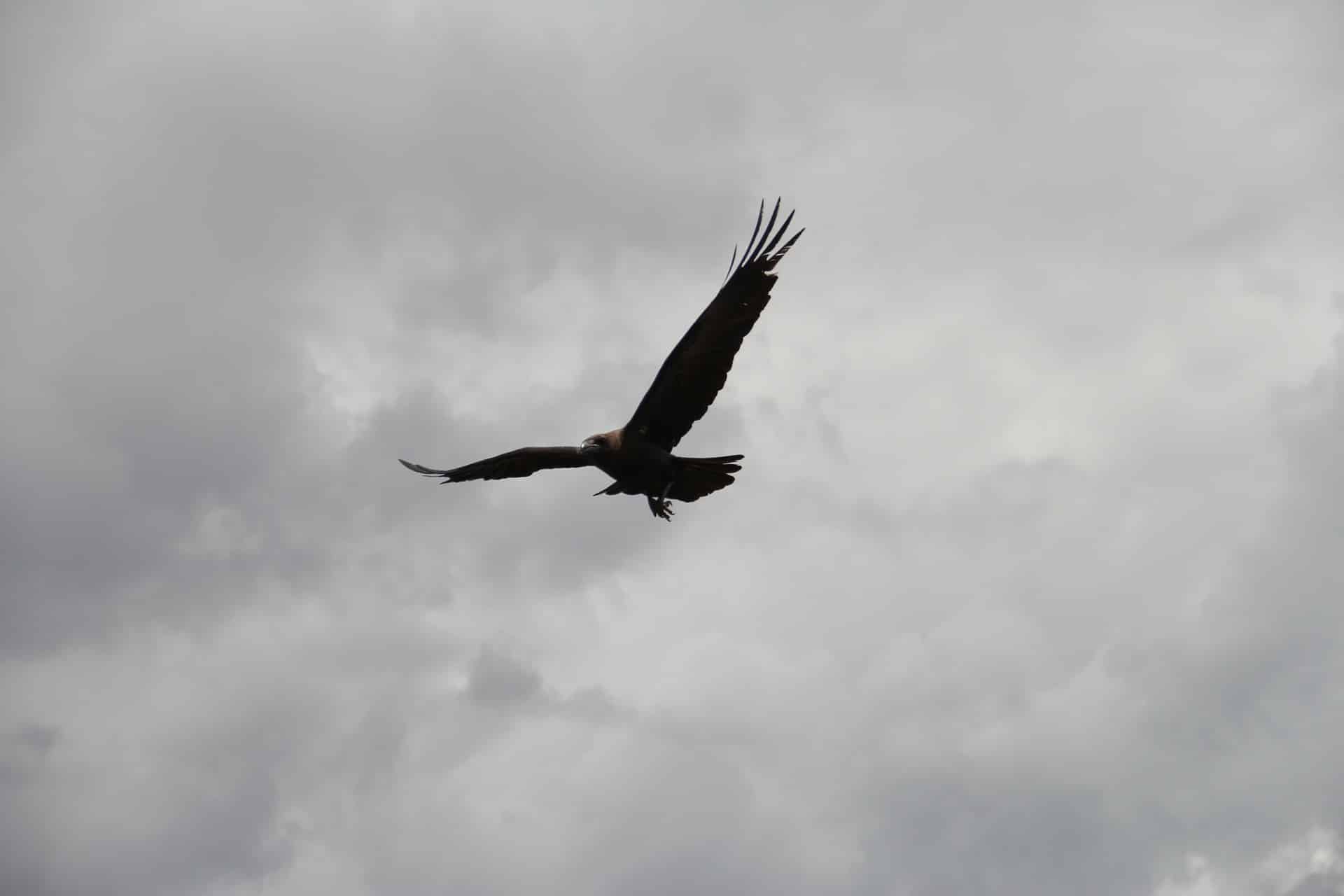 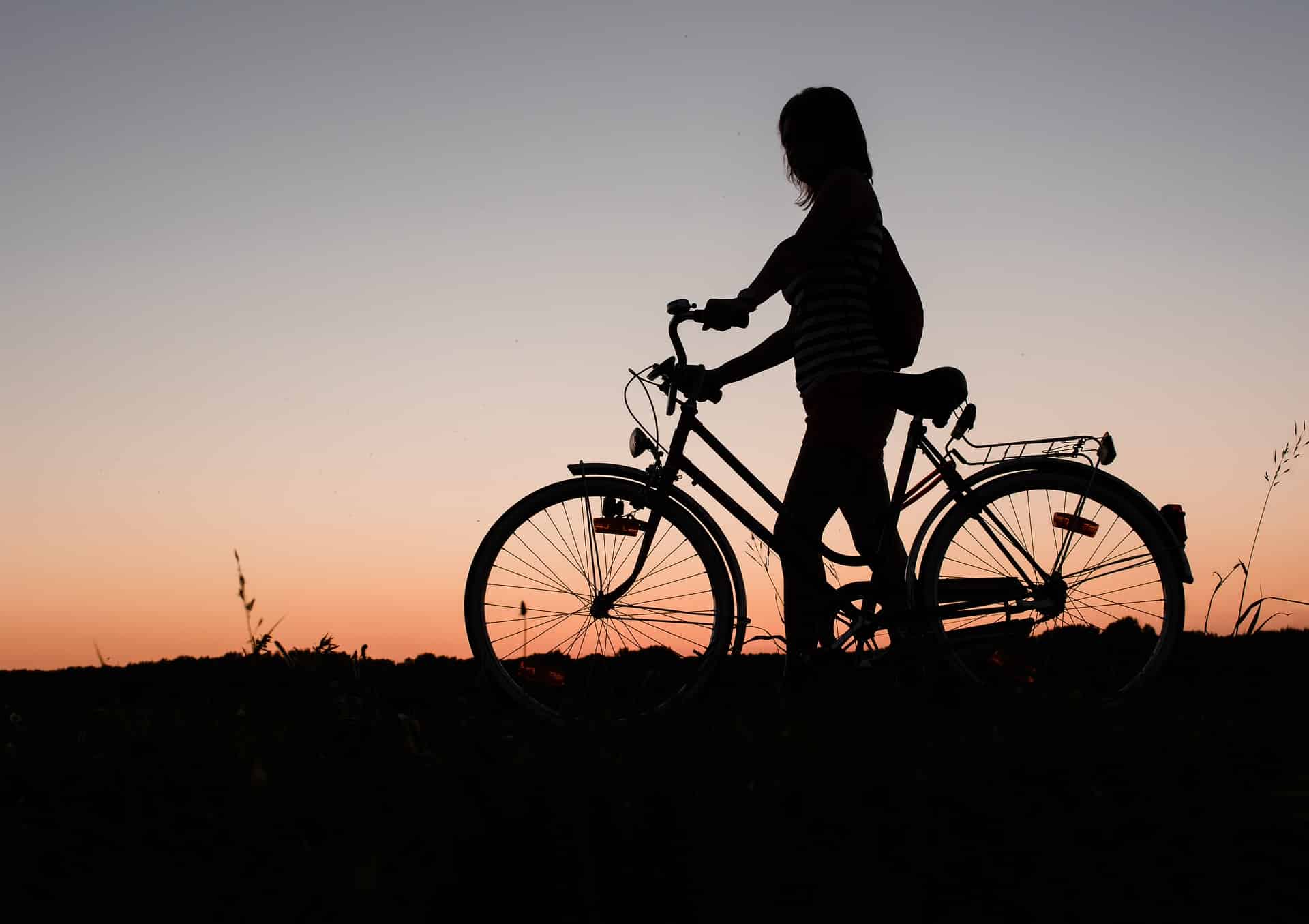 Most photos aren’t going to be as easy as these. Try a few of your own so you see what I’m talking about.

In our next tracing lesson, we’ll begin to look at how to deal with low resolution images.