If you use a much older computer with your Silhouette machine, listen up. Silhouette America will be discontinuing support for older operating systems later this year. 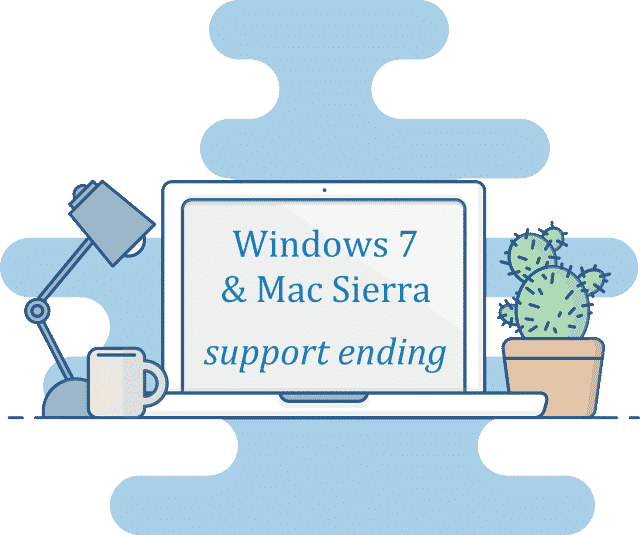 Which operating systems are affected?

The operating systems we’re talking about are Windows 7 and Mac Sierra (10.12). Microsoft dropped support for Windows 7 January 14 of this year and Apple discontinued support for Sierra in October 2019. Because those companies no longer support the operating systems, it is impossible for those systems to remain safe from things like viruses. It’s also impossible for software developers to make their programs safe and compatible with those systems.

So what about High Sierra? That was the next release after the regular Sierra for Macs. Apple ended support for that operating system in December 2020.

When will Silhouette America end support for these?

What do I do if I use a computer with one of these?

Because there is no longer a safe way to run these computers effectively after the companies end support, I recommend you find a way to update to a newer operating system.