Have you ever encountered a real head-scratcher in Silhouette Studio? That’s what this series is about — explaining those and showing you how to fix them. Today, I’ll show you why sometimes you just can’t get a shape to fill with color. Or, you do, but then it looks funny or acts weird. It’s due to an open path.

You can’t fill an open path

There’s just one real reason why a shape won’t fill with color in Silhouette Studio — it’s an open path instead of a closed shape. An open path is like a straight line — it’s only 1 dimension. You have a starting point and an ending point, but they don’t meet. As such, it has no inner area to fill. A 2 dimensional shape has both length and width. There’s a starting point and an ending point with several changes of direction along the way. In this one, the starting and ending points DO meet up and connect.

Think of it like a pail with a hole in it — it won’t hold water. Or think of it like this. Pretend you’re tiling a bathroom (yep — real life example here). In order to know how much tile to buy you need to know BOTH the width and length of the room, as well as the length and width of a tile you’re looking at. Having only one of those measurements won’t tell you how many pieces you need because you don’t know the whole area. You need both dimensions, because an area is 2 dimensional.

How to tell if it’s an open path

The tip-off to an open path is red dots. If you click on a shape in point editing mode and see red dots, it’s not closed. Now, in order to get into point editing mode, you have to be on only one shape. If you try to get into point editing mode on a group of shapes, nothing happens (see this post for more on that). That’s because the software doesn’t know which shape it is that you want to edit the points on. So, you may need to ungroup first. Once you do, you’ll be able to see the points and can look for any red ones that indicate an open path.

Here are some that are pretty obvious. I wouldn’t be able to fill the sun’s eyes or mouth with color if they were separate pieces. 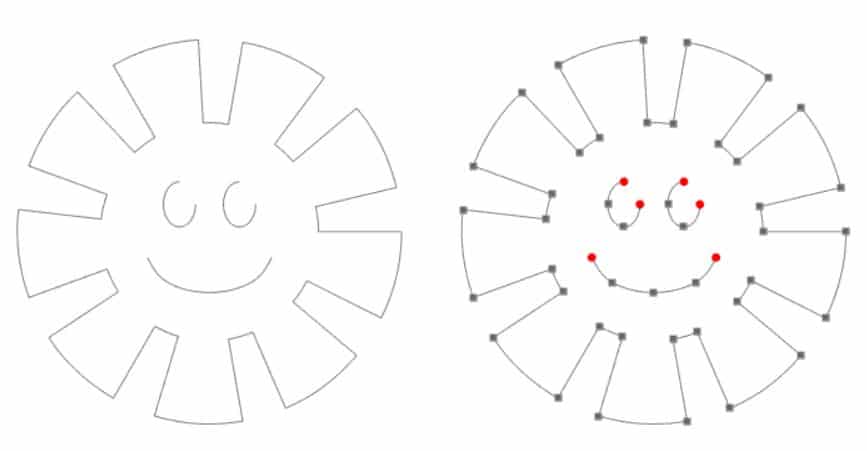 You can see on the ears on this elephant the parts don’t meet up. The wrinkles on this trunk are the same. 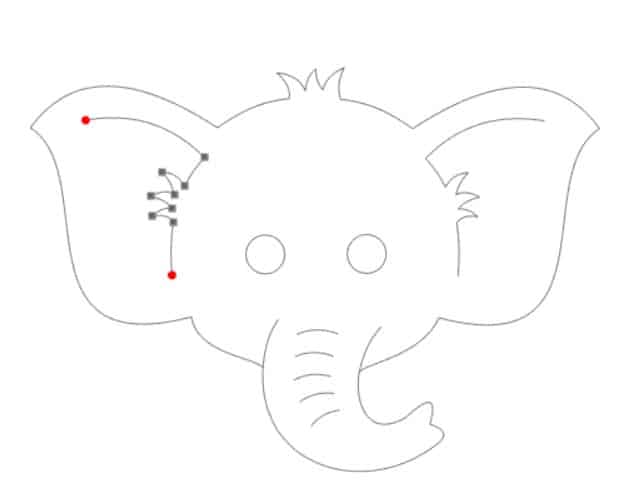 Also notice that where the bottom of the face meets the trunk, there are lines that hit perpendicular to one another. That’s not possible with properly closed paths. Something’s fishy there. If I click on it, I find out that the upper ends of the trunk are separate little 1D curved line segments. 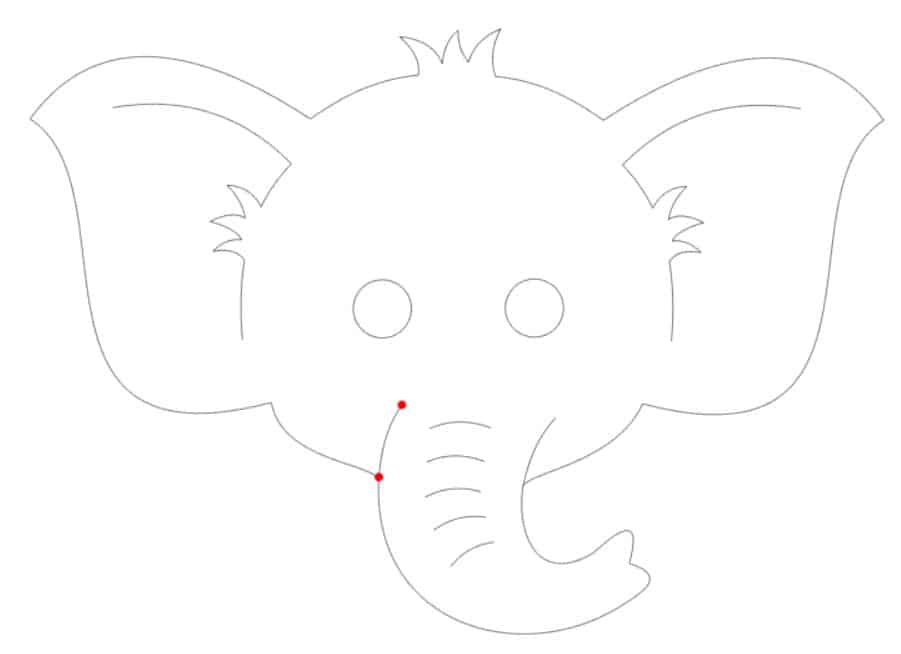 But some open paths aren’t as easy to spot.

Sometimes it looks like a closed shape, but it isn’t

Here’s the tricky part. Sometimes you purchase a design and either it was not made well or not made by someone with the intent of using it for cutting on a Silhouette. If they made it only for the visual effect, it doesn’t matter. You’ll find that frequently with SVG designs.

Or maybe you made it yourself in Silhouette Studio and didn’t understand the concept. It may look like a closed shape, but is actually just a grouping of open paths. If the starting and ending points don’t meet up and connect, it’s still an open shape.

Let’s look at some of those.

Let’s say you use the drawing tools in Silhouette Studio to draw a heart, but you only use open-ended line segments that you group together. You put the ends of the lines close together, so maybe they would cut okay (not perfectly) and look okay. Something like this– 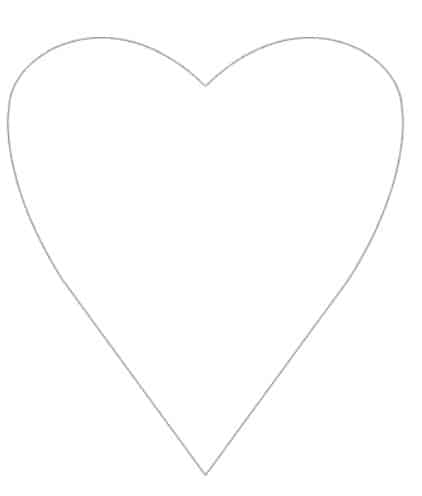 But if I ungroup it and change the line color of each segment, you can see the different pieces. 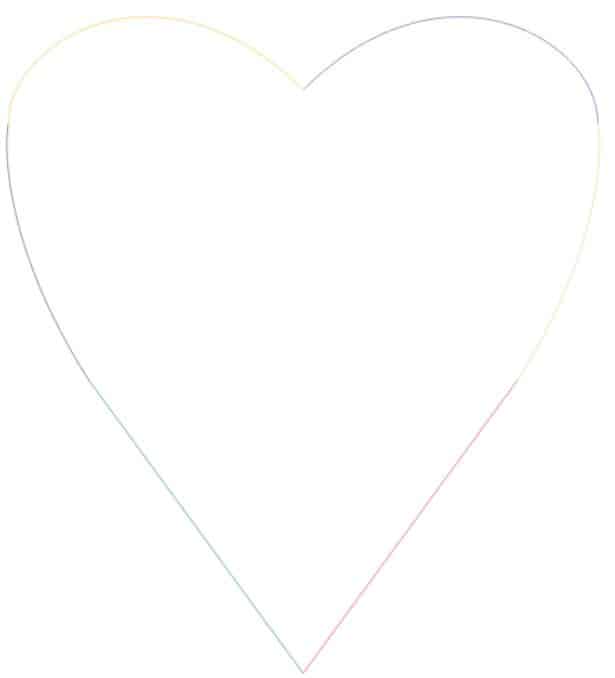 Let’s say you’ve read all about compound paths in my super-duper cool way to remember them, so you combine them all into a single compound path. But notice that I still can’t fill with color because there are breaks in the line. The red dots are just sitting on top of one another pretending to connect. There’s no real love connection here. 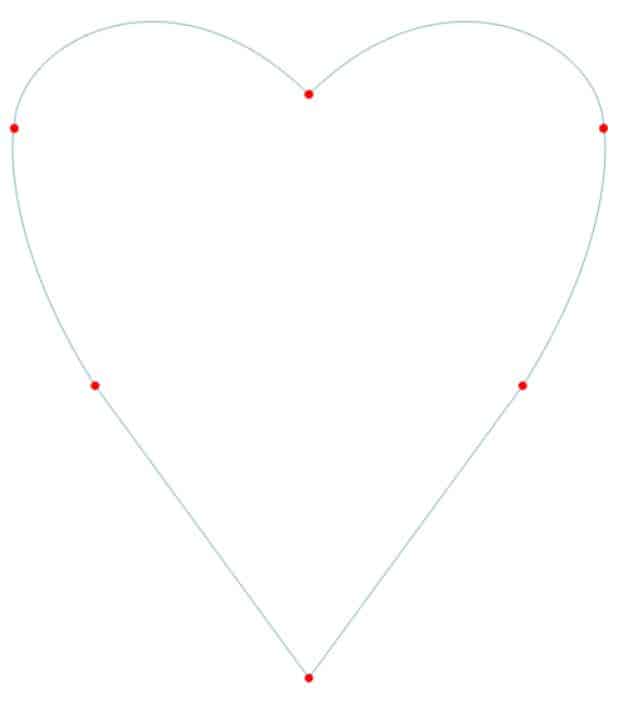 Those are all open paths — just 1 dimensional line segments. The heart won’t fill because there’s nothing to fill — no closed area that can define the confines of the color.

If I connect those points, all of a sudden I can fill the heart with a color or pattern. If I selected a fill while it was still an open path, that color would automatically be the fill. 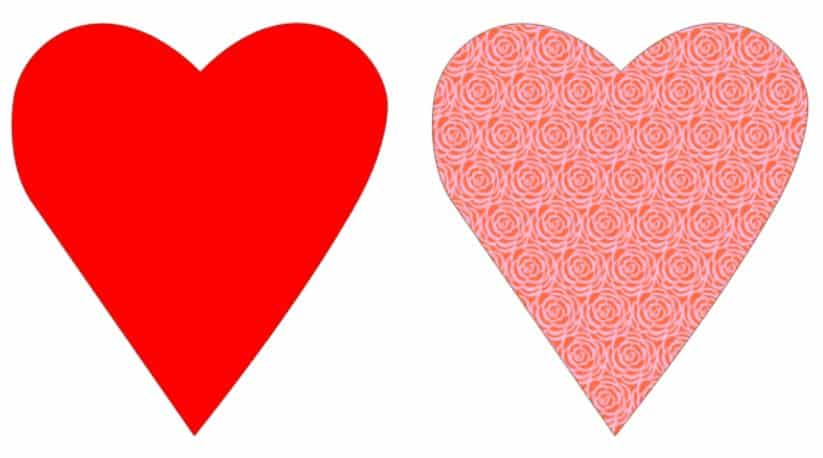 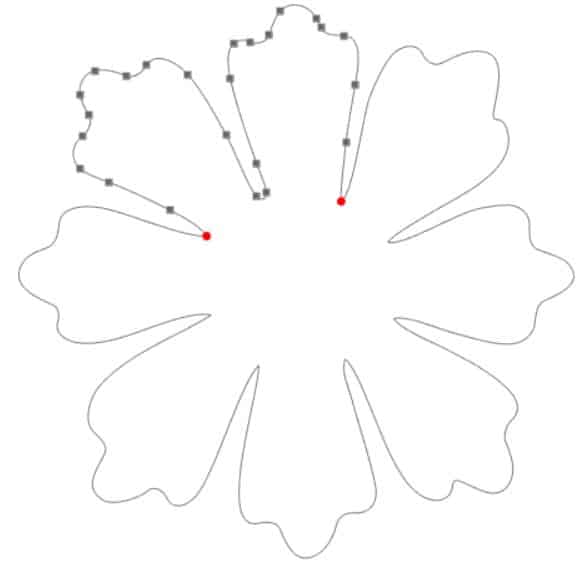 The petals on that flower are all actually separate pieces grouped together. Another tip-off that it’s not a closed shape is that once I ungrouped, clicking on the flower selected only 1 petal. If I zoom way in on where the petals meet at the center of the flower, you can see how the “flower” would cut poorly because the ends don’t even meet up. 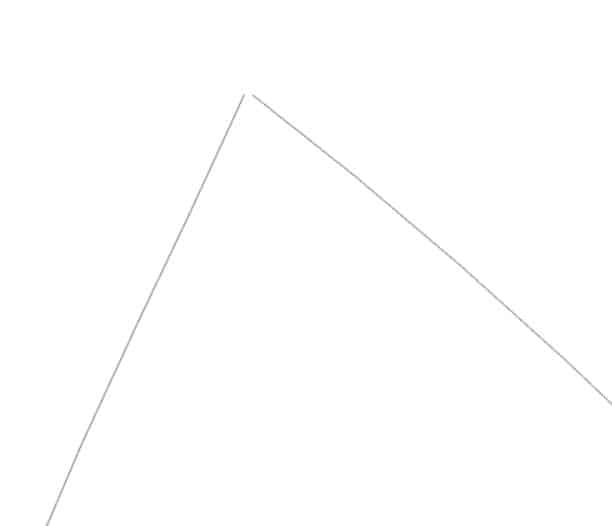 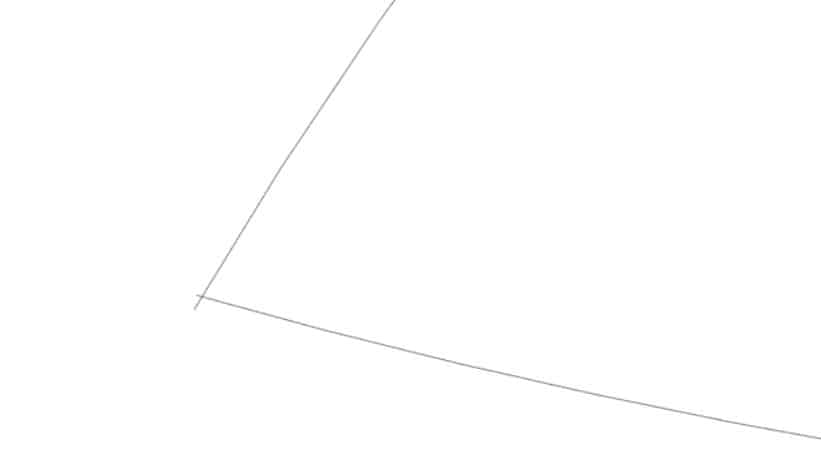 Instead of using a closed rectangle for this card base, the designer used 4 open paths and grouped them together. If I change the line color you can see that. 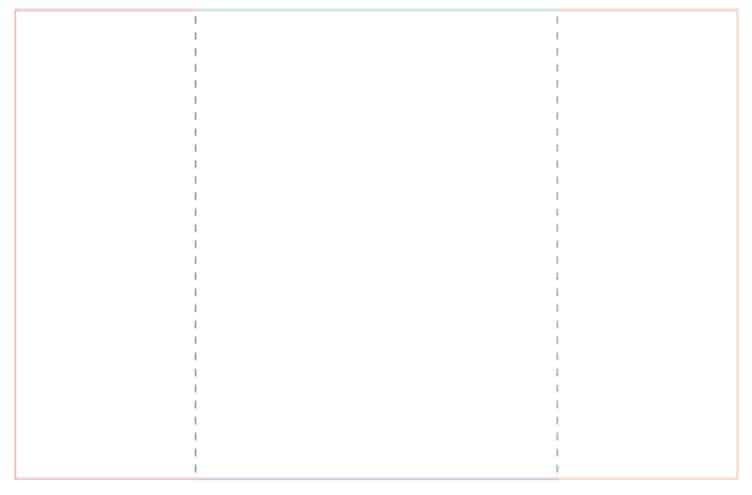 Now I’ll pull the pieces apart and select one of them in point editing mode. Yep — red dots. 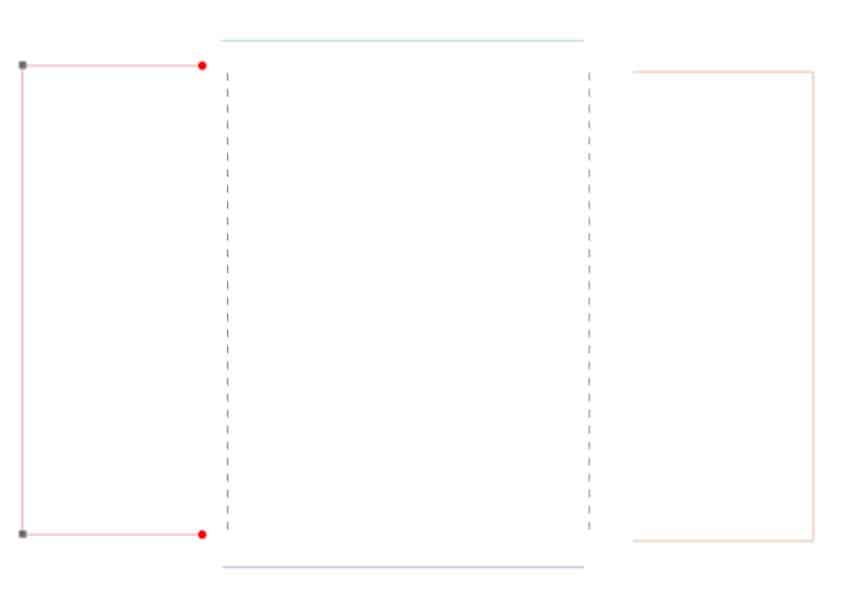 If you created the file yourself in Silhouette Studio, pieces that are open paths won’t ever fill. Sometimes a design from the Silhouette Design Store that contains open paths WILL fill with color, but doesn’t act right. That’s still an indication of open paths. There are 2 ways to tell–

The fill changes with a broken path

Let’s say you’ve been working on a design you created in Silhouette Studio and it was filled with color as normal. Then, all of a sudden, it disappears. What happened is that you somehow created an open path. Usually that happens when you accidentally click on Break Path in your point editing when you intend to click on Delete Point. They are right next to each other in the menu and it’s very easy to click the wrong one. That’s yet another reason to work with filled shapes — you see immediately that something happened.

The other time it might happen is if you use the knife or eraser (don’t — there are MUCH better ways!) on an unfilled shape and have it set to create an outline only. If it’s filled, the software automatically closes it even if you have outline set as your option.

I said before that if it’s a design you got from the Silhouette Design Store, if you accidentally break the path it can still be filled — it’s just abnormal. But if you can’t grab it in the middle of the shape as easily as you normally would, or if you see that weird end of color without an edge line, that’s the tip-off that you accidentally broke the path.

A break somewhere in the line

Let’s say you do a trace on an image, then when you fill it with color the middle doesn’t fill. Here’s what’s going on. Your original image had a break in the line somewhere that you didn’t see, or you didn’t set the filters quite right and so there’s a gap in the line.

Take this owl as an example. 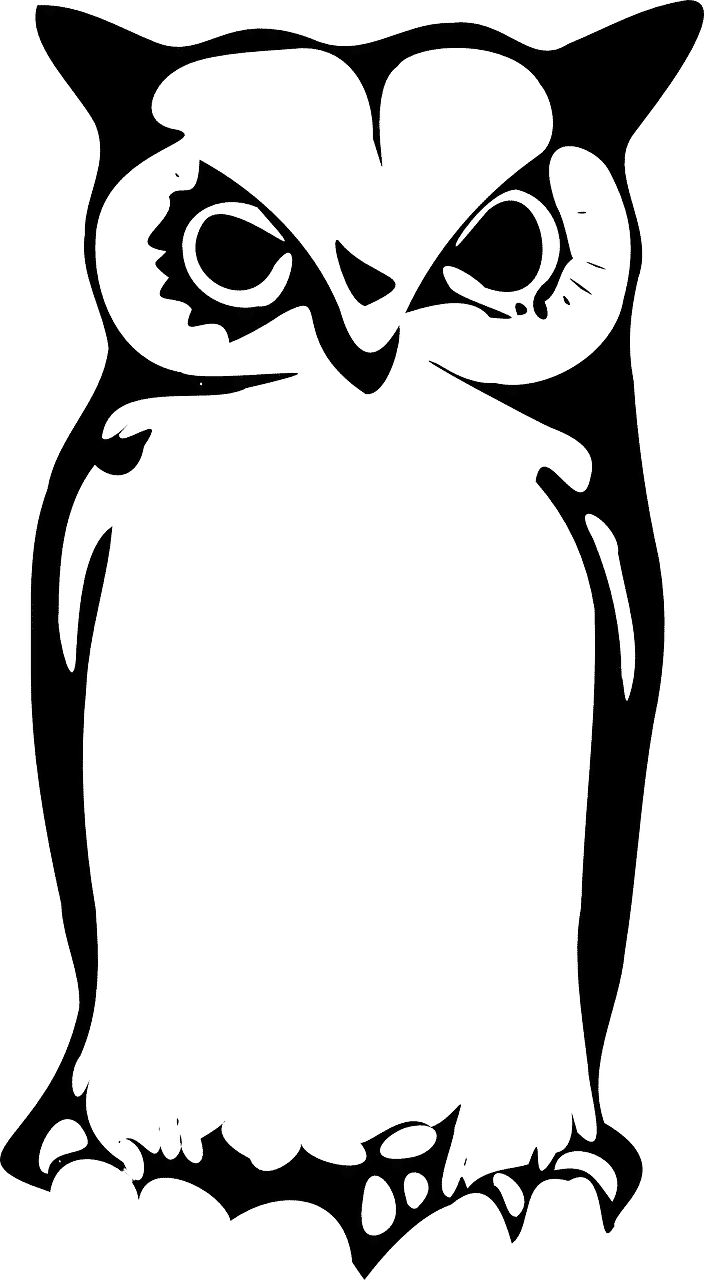 I trace it, expecting that I can break it into pieces. When I fill it with color I see this– 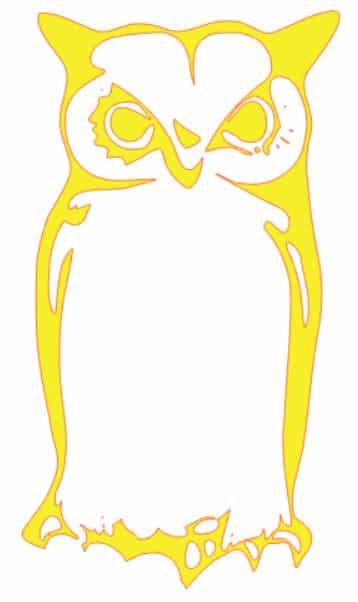 Oh, right! I have to release the compound path to break it into pieces. When I do that, I see this (I’ve started recoloring the pieces so they are easier to identify) — 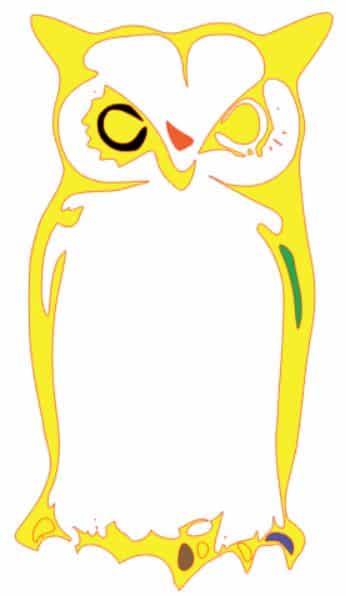 Hmmmm. That’s still not giving me the belly as a separate piece. Why? Because there’s a gap at the lower left that I didn’t see before I traced. 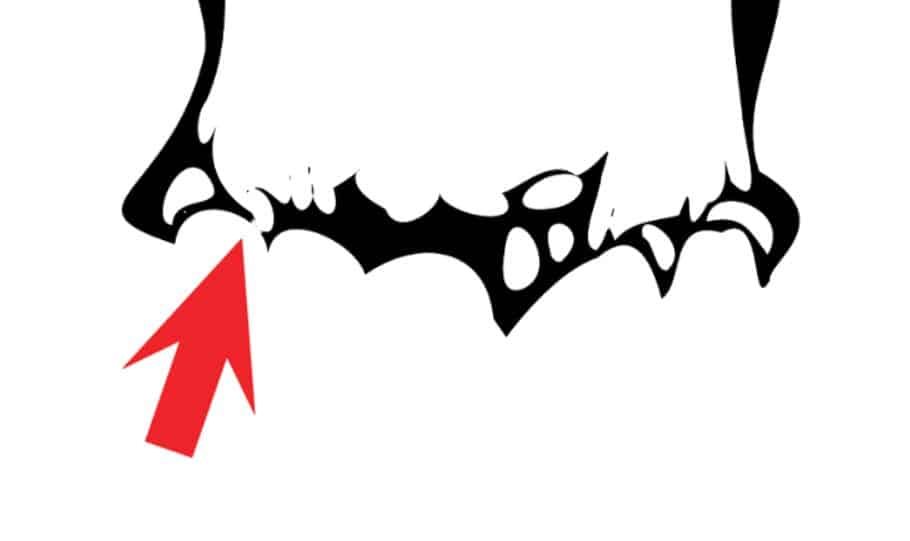 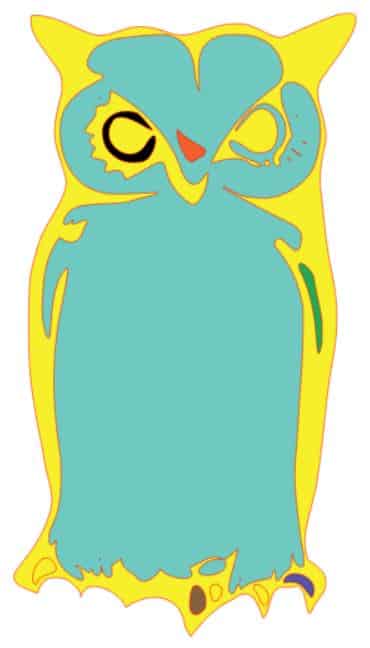 (Yes, it’s connected with the face so I’d still need to keep editing to make that separate from the belly).

Because it’s not very clear, it’s hard to get a good, solid, smooth trace. I may have breaks in the created shape, such as on the stems. 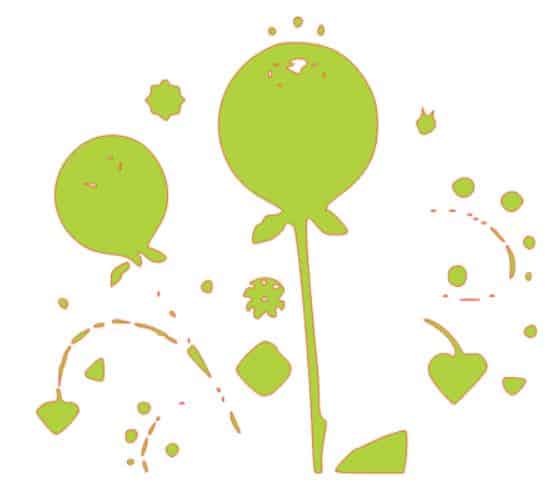 I’d need to either start with a better image, adjust my tracing filters better, or do some editing.

You may be asking, “Well, what do I do about open paths? Can I not use those designs that have them?” Yes — you can join the points using point editing. That’s a topic for a whole other series. Luckily for you, I’ve already written it. You can start with Lesson 1 of the Point Editing series here.

When the shape won’t let you change the fill color

Sometimes, you’ll notice that a design won’t let you change its fill color. What’s going on there? That, my friend, is a topic for another day. Stay tuned!